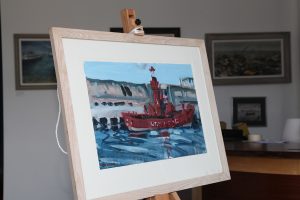 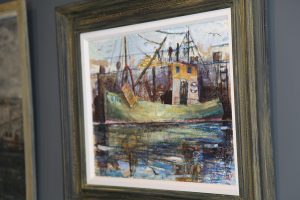 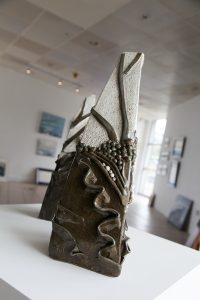 To mark the Dun Laoghaire Harbour Bicentenary, The Gallery Dalkey is displaying an exhibition of contemporary art in the former ferry terminal building in Dun Laoghaire.

Historian and artist Peter Pearson is from Dun Laoghaire. His paintings from as far back as 1970 are featured. You will find paintings of the Victoria Steam boat, The Hibernia, the mailboat, Sealink ferries as well as other ships associated with the harbour. 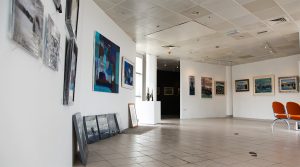 The Ferry Terminal is a two minute walk from Dun Laoghaire DART station: turn left on exiting station, turn left at junction and the ferry terminal is in front of you.

The official opening is on Sunday May 21st at 2pm. The exhibition is on from May 15th until June 5th.

The exhibition is curated by Siobhan Bastable of The Gallery, Dalkey.

Comments (3) on ““Dun Laoghaire and its Harbour” Exhibition Opens”